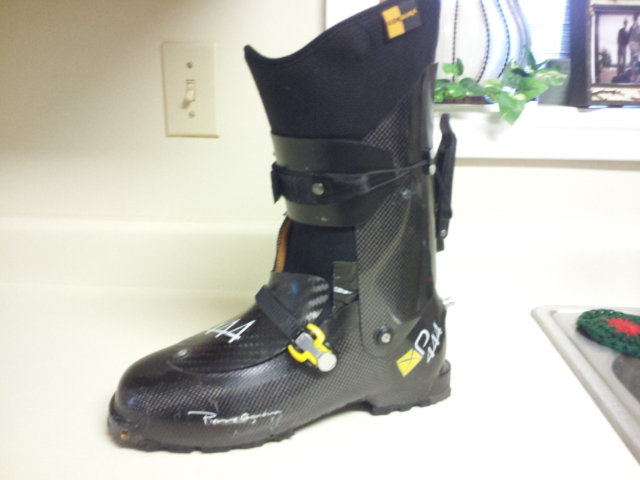 He says: "I bought them for the 09/10 season direct from Pierre. I only raced in them, and trained in a pair of dna's. I have used them probably 10 or 15 times total and not at all for 2 seasons now. I'm not an aggressive downhill skier, so I never broke them, but I did manage to put a small tear in carbon on the outside of the right lower, near the sole. It has been repaired."

He is also selling:

He didn't give me a price, but he's an eminently reasonable guy, except for the fact that he appears to be getting out of rando racing.

Maybe he's just going to upgrade to this: 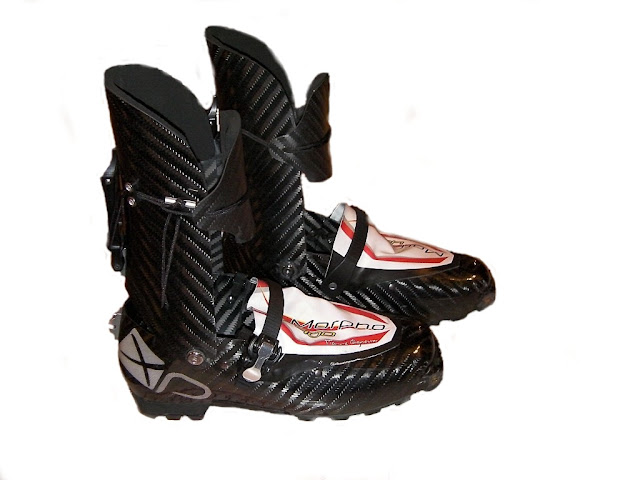 Thanks for the post, Jared, and for calling me reasonable. :)

The skis have been sold, but the boots are still available. I have listed the boots elsewhere for $1000, and that includes the gaiter. But I've already replaced them, so I need to get them gone. $900, anyone?

I'm not exactly getting out of racing, it's just that my right foot seems to be getting bigger (I have an arthritic big toe on that one) and now these boots are painful, so I moved up to a size 30 Alien (and since my days of aspiring to the podium are long gone, I couldn't justify another pair of anything made out of carbon).