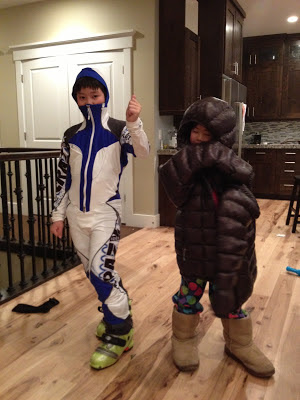 Denali: An Adventure -- The Movie

This year, for New Years Eve, my family had a film festival. For this event, I put together some footage from my Denali trip earlier this year. The product was a family-centered movie about Denali. After all was said and done, it turned out to be 25 minutes. I've posted various clips on my blog, so some of it is a repeat. Hopefully, with my attempt to link it all together, it's better. 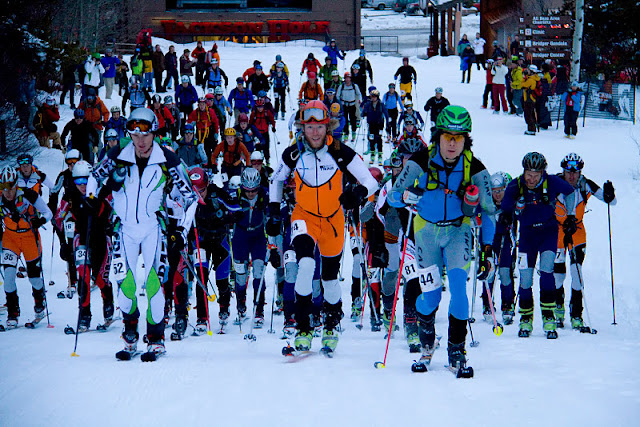 This weekend, a bunch of ski athletes will gather in Jackson, Wyoming to race each other up and down the mountain.  The winner will be crowned the 2013 National Champion.  That title will be well-deserved because the field at Jackson is usually the deepest and the course is one of the most challenging.  It involves climbing and skiing about 8,000 vertical, climbing up Corbetts Couloir on an aluminum ladder, and a couple leg searing long long descents.

This year, the World Ski Mountaineering Championships will be held in the French Alps.  There, athletes from around the world, mostly Europe, will compete for the World Title.  There is a push to make ski mountaineering an Olympic sport.  With the growth in backcountry skiing, an increasing interest in mountain running and fitness in general, I think there is a chance.

From the Wasatch, there are three guys that have a good chance at making the US Team--the Dorais brothers and Tom Goth.  World, watch out! These guys have been training hard.  Andy has upped the training ante and has logged at least 30,000 vertical every week for the the last two months.  Jason and Tom have done similarly, maybe more.  In addition to their tough training regimen, every night (or morning as the case may be) before they sleep, they watch videos of Kilian for inspiration and just because they worship him (don't we all?).  Good luck guys.  (After a tough work schedule throughout the fall, I tried to jump in and train with these guys and promptly injured myself, so I 'm out of the mix this year.)

Back to Nationals.  Having perused the list of entrants for the National Championship race, here are the guys that will likely be at the front, dishing out some pain.  The top 3 at Jackson will automatically qualify for the US Team.

This is how I picture the racing going down.  There will be a drag race, as usual, at the start.  Ruckman will probably put the hammer down.  He goes up incredibly fast.  Unless he's been practicing, you can probably count on him not going down all that fast.  Gaston, Marshall, Simmons, Luke, and Jason have the engines to keep him in check, and they will.  I wouldn't be surprised if an elite peloton forms after the first climb when the charger gets caught midway up the first climb when it flattens out, or when the charger realizes he's just wasting energy.   Behind, the elite peloton, there will be a line of also-fast guys fighting and scrapping.  I wouldn't be surprised if Cary, Jon Brown, Wick, Goth, Max, and Andy maintain striking distance for the first half of the race.

There will be a race to get the hole shot up Corbetts.  Luke will be salivating at the booter and will probably unleash there.  If I'm Jason or Marshall, I would hook a short rope on him, or maybe trip him as he surges by.  Once you get on the ladder, you're on the ladder.

Among the elite racers, there will be some disappointment and mourning when someone breaks their gear, usually a pole or a boot.  I'm usually there to make sure that gear gets broken, but since I won't be, it's bound to happen to someone.  Don't worry, you can still finish a race with broken stuff.

If you're running about 4th to 10th place, don't be surprised if Hagen comes steaming up behind you in the final straight.  That guy gets stronger as the race gets longer.

Wouldn't it be cool if it comes down to a final drag race up the final, bushy, technical, steep, slippery, hellish climb?  If Luke, Jason, and Marshall are still together with Wick, Simmons and Gaston breathing down their necks?  I'm half-inclined just to go watch.  How would you even attempt to pass?  If you're ahead and someone yells, "Track!" what would you do?  I'd turn around, smile, and say, "no."  And then wipe the slobber off my face and hope not to get whacked with a pole.  If I were the guy yelling "Track!" I'd be half tempted to cut a switchback or even blaze my own path.  But in doing that I would probably get stuck or lose time or get passed by the guy behind.  What a conundrum.  In the end, the safest play would be to hang together and then open up on the DH.  Can you imagine the sheer glee you would feel if, all of the sudden, the guy in front of you blows a skin, or throws up?  Or the obliterating feeling of doom you would feel if you were in front and your skin fell off?  Yeah, I'd save my fresh pair of skins for that final climb.

It's going to be a good race.

On the women's side, Sari isn't racing.  Janelle is the shoe in.  Kim and Meredith, looks like you have a chance to go to France!