I had the privilege of staying in a stinky hut for 3 days in the mountains of Idaho with 10 other guys who share two passions: biking and skiing. Although biking is what more or less originally brought us together, we focused on the skiing. Here are some photos:

Getting ready for the haul:


Um guys, can you wait for us?


Skinning through the old growth.

The male model skis too:

Hey Ohran, what are you doing?

Our plan today was to catch the bus up Big Cottonwood Canyon, get off at Spruces, climb Reynolds, ski the north side of Reynolds, climb up to Millcreek ridge, head towards Gobblers, and then exit Neffs. We placed a car at Neffs and generally followed our plan. Here's Sam skiing off Reynolds. 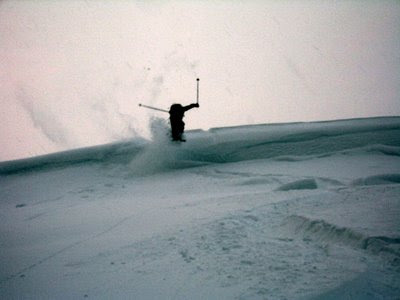 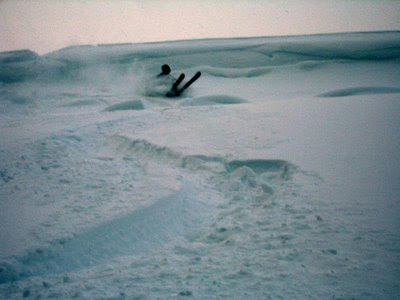 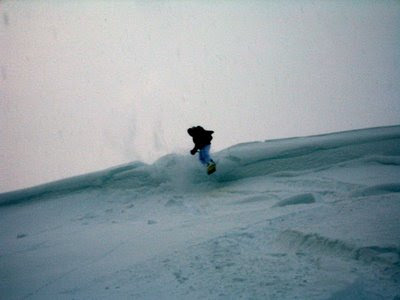 And then we headed up to the Millcreek Ridge towards Gobblers. 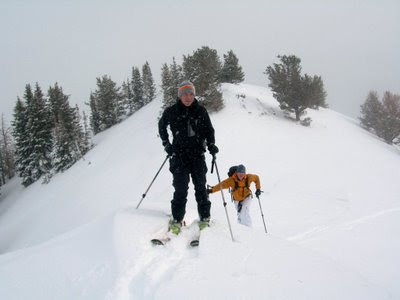 We had the discipline to pass by the Wilson Chutes. When we got to Gobbler's shoulder however, we looked into Alexander Basin and followed our hearts. It was, after all, Valentines Day. It was deep. Here's a series of shots of Sam doing his freeheel thing. 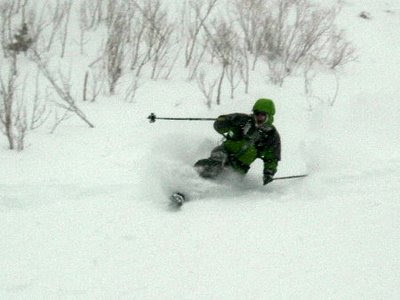 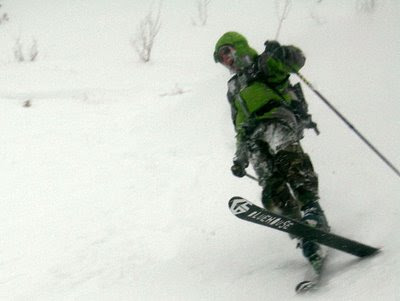 Which way is up? 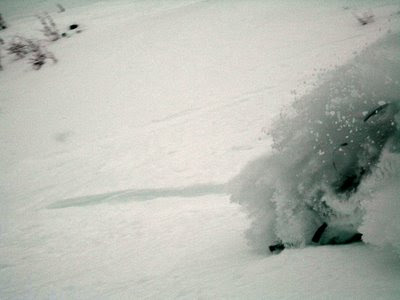 And here's Alex "skiing" his Basin and pulling Gs only a boarder can pull: 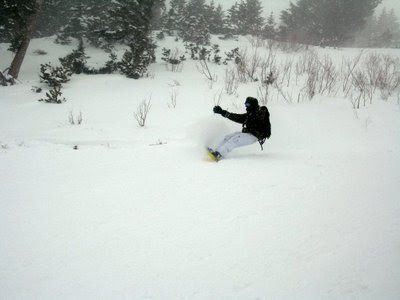 I jinxed us when we got to the bottom, saying, "That run was so good, we're going to pay for it." As we made our way out of Alex's Basin, we immediately began paying our debt as we headed up a steep ridge that we affectionately named "Cluster Ridge." For the record, we officially claim the first ascent of Cluster Ridge. We are certain no one has ever ascended it because it is impossible that there is anyone in the world that dumb. Suffice it to say, it was a time eater.

Cluster Ridge led us to the top of a Gobbler subridge. We did not fully ascend the subridge because as we topped out, we got throttled by blowing snow, blowing snow and more blowing snow. We de-skinned and descended what would otherwise have been an epic run off the Northeast face of Gobblers. Sorry, no pictures of this run exist. You can imagine it though by looking at a blank white piece of paper.

When we got to Porter via a tight terrain trap, we had a little pow wow about whether we should try to make Neffs where our car was parked, or simply ski out to the Millcreek Road and hitch hike home. It turns out that we did both.

None of us had ever followed Porter to Neffs and we could only guess where we should go. That combined with the fact that I'm a notorious bad route finder and we were still in blizard conditions didn't help. And if you call a 3 inch slab an avalanche, then we kicked off several. After a 1.5 hr attempt to ascend Cluster Ridge II, we pulled the plug and skiied out Porter.

Lucky for us, we immediately got rides out of Millcreek, and some BD employee dropped us off right at our cars. It was a tough day, somewhat disappointing, but as always, well worth it. Thanks guys.

Great all around touring and skiing boot.
Posted by Jared at 3:05 PM 4 comments:

I got to participate first hand in the COSMIC racing scene on Saturday in Crested Butte, CO. Here are some notes: