I'm due for some good luck. In case the gods, or karma as it were, are listening/out there, I don't say that with a sense of entitlement, just as a matter of fact.  Statistically speaking, failing thrice should only mean that my odds of success are only getting better, unless the gods/karma are punishing me. Or, unless, I'm only setting myself up to fail.  In any event, April thus far has been . . . interesting.

Attempt No. 1: April Ascent of an obscure line in the Wasatch.


The Dorais bros think that this line is in the lineup for one of the best lines in the Wasatch.  And I don't disagree.  But I call it the garbage chute because it is a choke through which a steep face above expels, well, its garbage.  And we just happened to be trying to climb the ice fall when the intense April sun provoked an expulsion of garbage--rocks, snow, and the like.  My little brother Aaron was mid-climb when he almost became garbage as a sluff entrainment poured over the top of him.  Weird thing, but I have a sneaking suspicion that this ranked as one of the top coolest things that ever happened to him.  Sick. . . in lots of ways.

This is me bailing off the route on a V-thread and a buried avy shovel:

Attempt No. 2: April link up of some relatively obscure lines involving the SL Twins.


Little Brother Aaron and the Dorais brothers and I hooked up last week to ski off a northwestish line of the SL Twins.  This is how I will forever remember that event:


It involved taking a creative way up Broads Fork, a downclimb, wicked April weather, bailing, and ending up eating an omelette at Paradise Bakery when we were supposed to be linking some sweet lines.

Attempt No. 3: April Ski Ascent of an alpine climb in the Wasatch.


After our failed attempt at the linkup above, I went on a solo mission to climb and ski this mountain: 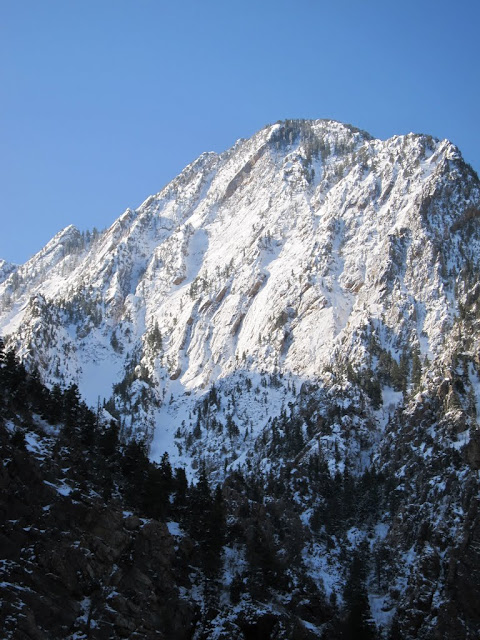 The weather forecast was for cold temperatures, and I got an alpine start, hoping that things would be locked into place.  It wasn't as cold as I hoped, and while skinning the apron was a bit suspect snow conditions-wise, when I got to the climbing part, the snow and ice were nice and hard, and travel was relatively easy.  About 2/3s up, I got a bit off route, and the snow and ice started getting thinner and thinner and the rock slab I was on started getting smoother and smoother.  Uh oh.
When I crossed the line of "too risky," I pulled out a pin, drove it in and self-belayed off that and a cordelette (as if that were any better).  But as I kept edging that line, I broke down, built an anchor, pulled out my rope, and climbed, placing a few pieces on self-belay.  I climbed to a suitable rap anchor where I promptly and happily bailed.  Just as I did, the intense April sun touched the top of the mountain and some sluffage plopped down right next to me.  Definitely, time to go.  Skiing the apron was nice though.
Posted by Jared at 2:42 PM 4 comments: 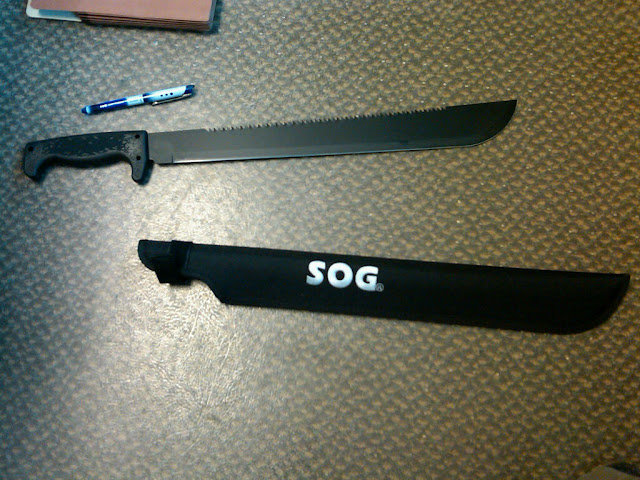 On Friday, the Dorais brothers, Chad Ambrose and I traversed Mt. Timpanogos.  We went South to North, from Provo Canyon to American Fork Canyon, going up a west facing couloir, across the ridge, and out Cold Fusion.  From afar, the "Sleeping Maiden" is a bit intimidating--almost too beautiful and wild to dare to approach.  Over the years, and not without a few rejections, I've become somewhat acquainted with her; although, I'd be lying if I said that she's not still intimidating.  Certainly, she deserves respect.
Stats: