A Fishing Story To Remember 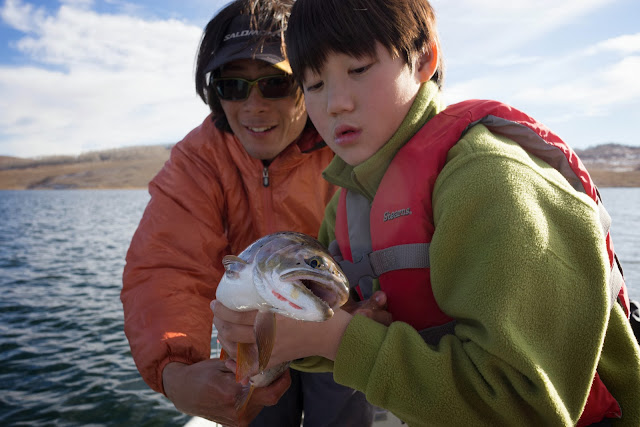 On Saturday, my family hopped in my drift boat for a fall fishing session on Strawberry Reservoir.  We wind drifted and trolled flies on a fly rod and two spin rods.  Immediately, we had success, and we were happy.  My 5 year old was using my fly rod.  After catching 4 or so nice big cutts, he lost a bit of focus.  Before we knew it, he had a fish on, and the fly rod went rocketing out of the boat.  I watched as the rod, reel, and orange backing zoomed away through the water.  It was a helpless feeling.  I liked that rod and it had served me well the last 12 years.  I thought it was gone.  My little boy felt bad, and I scolded him and told him it was ok at the same time.  But again, in my mind, I was feeling the loss.

Almost as soon as it happened, I cast out a spin rod.  My daughter already had her rod out.  I swung the boat around and moved over the water where we saw the rod zoom away.  Nothing.  Then, my daughter said she had a fish on.  We stopped the boat and focused on her fish.  And temporarily, we forgot about the lost rod.  My daughter's fish took a couple dives, but she steadily brought it in.  When she lifted her rod, we expected to see a fish on the other end, because there was a fish on the other end.  But instead, there was just a dark, olive, green, sinking line -- MY FLY ROD'S LINE.

The weight of the fish on one end of my fly rod line and the fly rod itself created enough tension to allow my daughter to pull in my fly line.  I gingerly reached out and grabbed the line, handed the fish-end to my son who brought it in, while I hauled in my rod.  I got it back! 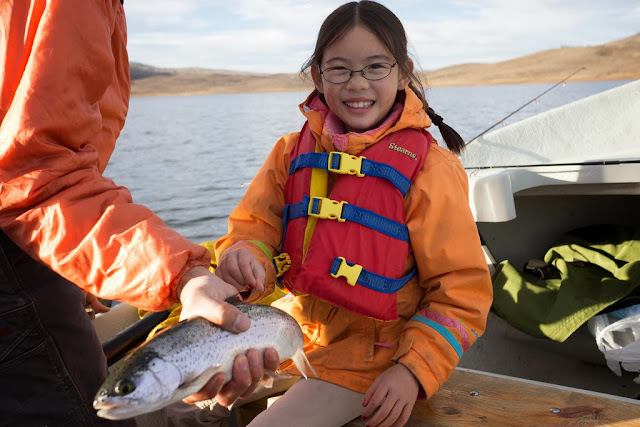 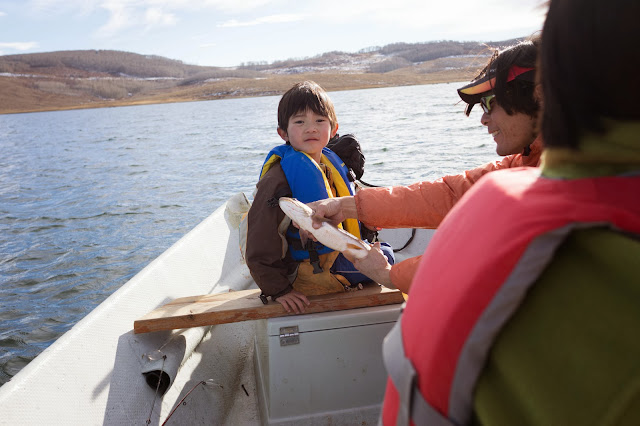 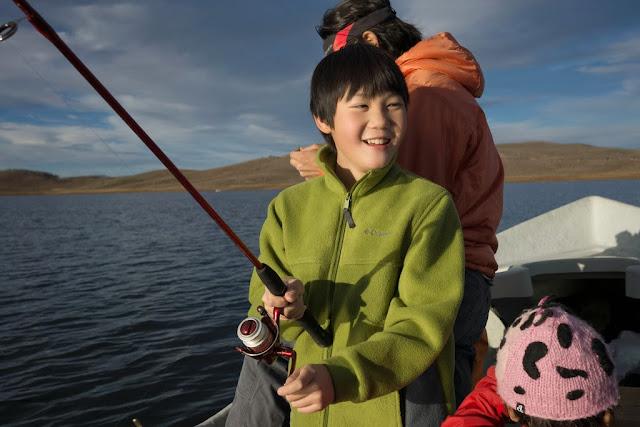