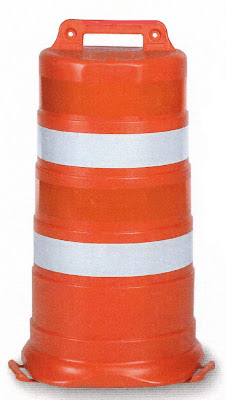 I'm back. Sadly, the season is almost over. In fact, a few weeks ago, after some disappointing finishes at Wolf Creek and Huntsville, I had declared that I was retired -- for good. I went into retirement for about 6 days, but got bored, so decided to come out of retirement with the goal of doing a decent LOTOJA. So, last Saturday, I rode the Snowbird Hillclimb. The day after that I rode from my house, up Big Cottonwood, up Guardsman's, down to Park City, to Jeremy Ranch, to East Canyon Resort, up Big Mountain, down Emmigration, and back home. The day after that, on Monday, I rode from my house to Provo, up the Alpine Loop, over Suncrest, and back home. I rested on Tuesday, and on Wednesday on somewhat of a whim, I rode the DMV. Surprisingly, at the DMV, I had a fair amount of energy and felt ok. That's what retirement will do I guess.

The last little block of my out-of-retirement/LOTOJA prep was the Sanpete Classic, a 100 mile road race. The course doesn't suit me, but it holds a special place in my heart since I grew up in Sanpete County. In fact the pictures below of Ethan and the fish were taken at our cabin, which is close to Spring City, the start and finish of the Sanpete Classic.

The Sanpete Classic starts out with a guy yelling, "fire in the hole" and lighting off what looks to be a civil war era canon. I don't know how it got to Spring City. In any event, the canon adds to the character of the race and is something my kids look forward to. In contrast with last year when the Cat 3s raced with the Pro/1/2 group, this year we started out fairly civil. Team Vanguard was there en masse and looked strong, and I quickly understood that I would either be in a break with a Vanguard guy, or be in the field dragging some Vanguard guys around Sanpete County. So, just after Milburn, and after a Vanguard guy had been brought back, I made an acceleration and got a small gap. That didn't last long. I sat at the front for a couple minutes, and went again, knowing that there was a small climb ahead. Todd (Vanguard) and Nate came with me, and the group let us go. A few miles later, two Porcupine guys joined us, and the winning break was formed.

Since I was just coming out of retirement and had put in a hard week, I was pleasantly surprised that I was in the break. We worked well together and by 70ish miles into the race had a 5+ minute gap. I was happy and began thinking of possible ways I could get to the line before my breakaway companions. Unfortunately, things didn't play out as I hoped.

As we came into the Moroni feedzone for a second time, I grabbed a musette bag from Karen. It had two bottles and a Coke in it. I put the bag around my neck and, riding without hands, began pulling out the bottles. As I pulled out the first bottle, I saw an orange flash. Just as I saw the orange flash, I heard my bike slam into what turned out to be an orange construction barrel, and then I felt myself flying over the bars and onto the ground. After I hit the ground, I lay there for a few seconds, a bit stunned. One of my breakaway companions said my musette bag was on my face and that he thought I was unconsious. But after a few seconds, I realized that I wasn't hurt all that bad -- just a few scrapes and a bit of road rash. I hopped on the bike and started chasing after my breakaway companions. My front wheel was a bit wobbly, but as I rode, I opened up my front brake and loosened the brake cable.

I never caught my breakaway companions. And I have to admit that I was a bit bothered that they decided not to wait for me after our wheel support guy told them I was 30 seconds back and the group was over 5 minutes back. But in the end, I don't blame them and only hold a small grudge. :) I mean if a guy isn't smart enough to avoid pile-driving an orange barrel while riding a bike with no hands going 18 miles an hour, does he really deserve to be in the break? After a futile chase, I joined up with what was left of the main field and they pulled me back to the finish. Nice job to all those who were there. It was fun.

And so I'm out of retirement and looking forward to another LOTOJA. Bring out the mallet. . .
Posted by Jared at 10:22 PM 9 comments: