CORRECTION:  The ski drawing will be for not-yet available GTR skis, a new ski in Sportiva's 2012-13 lineup!! 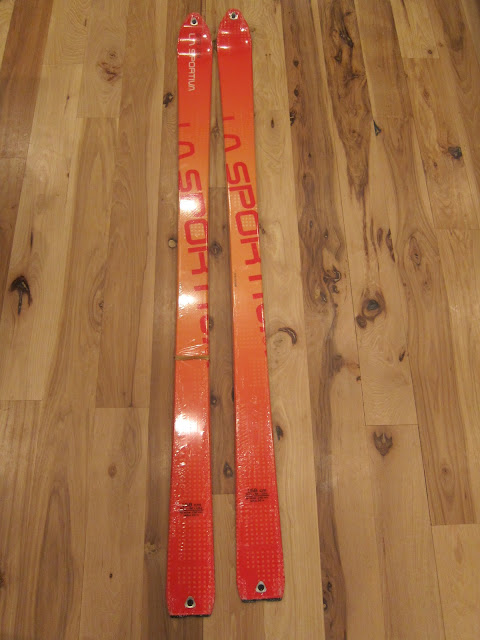 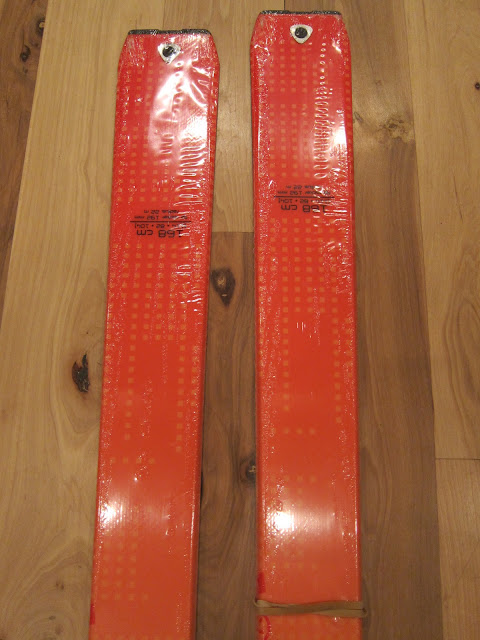 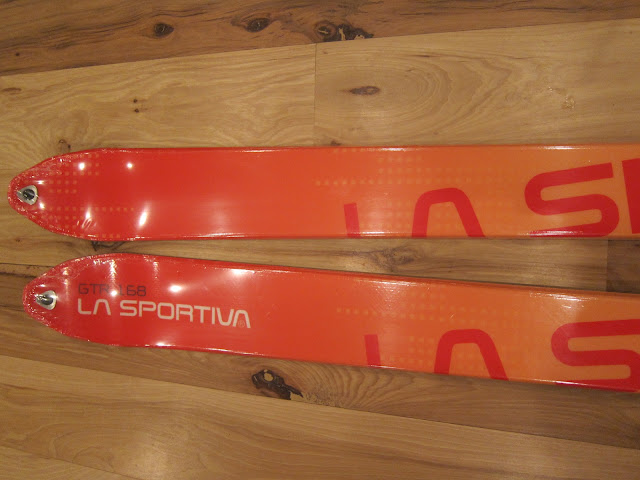 The 9th and final Wasatch Citizens Skimo Race will be held on Thursday, March 1, 2012 at 7:00 pm at Brighton, Utah.
We will conclude the inaugural series by giving away a pair of Sportiva GTS skis.

Here are the rules:

1. To be eligible for the drawing, you must have participated in at least one WCS Race.

2. To enter the drawing, you must fill out the form below, or at http://citizenseries.wasatchpowderkeg.com/

4. You must be present to win.

Thanks and Good Luck! 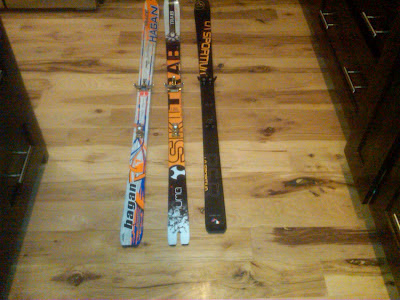 Hagan w/ Trab Binding. 881 grams, but has a metal mounting plate. Just mounted for a friend and nearly ate my bit up going through the plate.

Trab WC w/ Trab Binding. 874 grams, longer than the others and the stiffest.

Last week I ventured to Vail, Colorado to participate in the Teva Winter Mountain Games.  I was somewhat hesitant about going since work and family and life in general had had me pinned down in the days leading up to the games.  But things generally worked out and I went.  I signed up for the Ultimate Mountain Challenge, which included a 10k nordic race, a skimo race, and a vertical hillclimb.

Nordic Race with Olympians and on an Olympian's Skis
It bordered on being humiliating.  But I was honored and happy to be there.

A couple weeks prior to the race, I got a pair of skis from Billy Demong and a short lesson.  I also got a lesson from Morgan Smyth, a champion in her own right.  I'm glad I did.  Billy taught me how to pole and ski  more effectively.  (Sidenote:  while maching down Millcreek canyon, he dropped to his back, slid under a fallen tree, and popped right back up again, avoiding a shattered knee by about 1 inch!).  Morgan taught me some nordy moves too, and warned me not get to caught up in the start because inevitably some guy always crashes.

I was that guy.  At the start, I double poled as hard as I could, then in transitioning to skate, got my skis caught on something (either myself or someone else) and did a front-first slide.  I hopped back up, and eventually finished about 7 minutes behind the winner.

The Skimo race was advertised as being 6500 feet.  The day before, we learned that it was a bit longer than originally projected -- over 8000 feet and 20 ish miles or so with a projected winning time of 4 hrs 30 minutes.  The course took us on a grand tour around the perimeter of both the front and back side of Vail Mountain.  Vail is really big!


The course started out steep and had a few climbs in it (like 8000 feet worth), but the distinguishing characteristic of the course was its long low angle and flat sections, like miles of them.  The race spread out pretty quickly and for the most part, I was left to myself and to my own rhythm.  When I got frustrated, I looked around and reminded myself of where I was and tried to enjoy cruising the Vail ridges.

Towards the end of the race, I ran out of fluids.  The race ended with a booter up a muddy grassy slope.  As I started up the final booter, both of my legs cramped really hard.  Trying to keep them straight and to take the weight off them, I bent forward, and leaned my head into the sidehill.  Sari Anderson, having a really great race, passed by and gave me some water to get me to the end of the race.  After the race, someone chided me about getting, "Mom'ed"  -- Sari has two kids.  But that really doesn't mean much given that Sari is one tough mutha.


Andy had a rough race.  His drive is admirable, but even super humans have bad days, especially if they travel to the race the night before with wife and child, only sleep 4 hours before the race, and aren't quite recovered from the flu.  Andy was forced to drop out a little past the mid way point.  But he was there to greet the finishers.

My housemates Chris Peters and Morgan convinced me to go easy on this race -- actually, they told me not to do the race, and I compromised by going easy.  I've had a hacking chest cough since January, and the intense high altitude racing wasn't making it any better.  But I really wanted to complete the Ultimate Mountain Challenge.  There was lots of money for the winners, but I was well out of that.  I didn't want to miss out.

So did the vertical race and was able to both observe and "race."  I was curious to observe because there was quite a bit of agonizing debate over what mode of transportation was faster -- skis or run?  The leaders of the UMC all chose to run.  Greg Ruckman, however, chose to ski.  The overall race was won by Josiah Middaugh, a runner.  But he didn't do the UMC.  Of the people doing the UMC, Greg Ruckman won, finishing about 1:56 behind Middaugh.  He was on skis.  And then came Brian Smith, Marshall Thompson, Mike Kloser and Luke Nelson.  These four ran.

So which was faster?  Hard to say.  Had the fast UMC'ers been rested, they might have given Middaugh a run for his money.  Ruckman said it best when I asked him why he chose skis.  He said that "they are best for me."  In other words, for him, running would have been slower.  Skiing probably would have been slower for other guys.  On balance, though, I'd say that running was faster on that course (groomed ).


In the end, I finished 8th in the UMC.  I didn't win any money at this event, but that's not why I went.  As I drove home, I asked myself why I race.  Why I take time away from family, spend money not win money, suffer through a hacking cough, etc.  I think there are a lot of reasons, but one reason is the people that I get to race with.  We are all difference, but all have some things in common.  I go to races because I get to be with people who inspire me and some of whom are my heros.  I go to races because I get to see art in motion.  At a race, many of the things that matter in our weird world don't matter anymore.  Reality is stripped bare.  No one can hide behind things that don't matter.  All that matters is how hard you have worked and how hard you are willing to work.  Being exposed to the primal desire to overcome is re-creation at its core.

Manfred Reichegger and Lorenzo Holzknecht (who were just racing in Crested Butte a few days ago) take first in the men's team competition.