My brother thinks he knows a lot about health (even though he's a doctor) and makes fun of my routine for stomping out colds. I swear by it. Last week I was plagued with a cold. Now it's gone. My routine included:

a) gargling and swallowing a little Listerine -- the cold started in my chest after the Heber race and I didn't want it to get into my sinuses. I'm prone to sinus infections. So I cut the cold off at the throat. I did get a sore throat, but it didn't last long.

b) eating lots of Cayenne pepper in the form of Tabasco, Frank's Red Hot sause, and Tuong ot Scriracha. Last night I was dumping Frank's into a teaspoon and swallowing it. I think the chile pepper and vinegar have redeeming powers.

d) Ben and Jerry's Chubby Hubby. For comfort only.

The sure fire way to get over the urge to ski is to go ski in really really crappy conditions, like I did on Friday. I knew conditions were crappy since it was so warm in the valley. As I skinned up the mountain, I could tell the descent would be a mix of ice, breakable crust, and very coarse sandpaper. But I skinned anyway. The views were good. And I was happy to be starting the ski season. 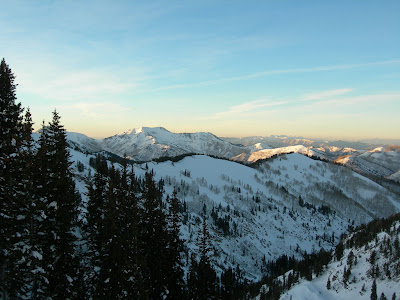 But then I started descending. It was horrendous. I zorroed all of Davenport hill at least three times. At the base, I left a human sized crater where I caught an edge and shattered the breakable crust with my forehead and hip and elbow -- all with an audience in the Alta parking lot.

I now have absolutely no desire to ski. It has been totally stomped out. . . . until the skiin' gets good of course. :)

Is anyone else ready for a change in the script? Won't someone rise up and dethrone the king of the Utah cross scene? I've lost count of the winning streak. And I'm getting bored following the results. Bart Bart Bart Bart . . . blah blah blah blah. I told him that I was going to start a "Beat Bart" campaign. He laughed and said that had been done before, without saying, of course, that it also hasn't ever worked.

Disclaimer: This is not an attempt to throw a friend under the bus, but really a reverse Samurai mind game to encourage a friend. . . 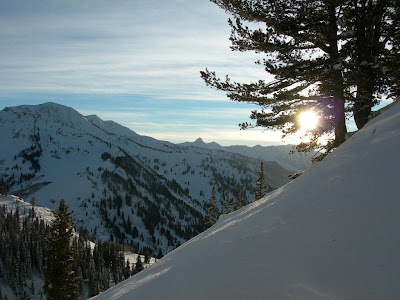 Yes the Cayenne pepper works try it in lemon water some time. Thats my almostt cur all.